I’ve finally returned from planet UCAS. In the past few months I’ve accompanied my daughter on a grand tour of English and Scottish universities and undergone a crash course in the art of selling yourself in 4,000 characters (including spaces) or 27 lines, whichever is the shorter. Her choices were whittled down to 5 and, after a final marathon session that lasted until 2.30am, the personal statement was edited to fit the word count and the application form was submitted. It’s a relief to get it out of the way, and she’s already received an offer, but it seems wrong that the whole process should be so much more complicated than it was in my day. I know there are a lot more students and a lot more universities than there used to be, but isn’t technology supposed to make life easier?

We had been prepared for her to take a gap year if she wasn’t happy with any of her offers, or simply didn’t feel ready, but with the planned increase in fees that seems unlikely, as we’d like to see at least one child settled in higher education before the cost doubles. She’s intending to join Wednesday’s protest, which pleases me, as it shows that she’s inherited my bolshie gene – and not just the complete lack of spatial ability and failure to grasp the concept of linear time.

As a result of the above I haven’t been writing much in recent months, but I did manage to produce a new short story for the Bridport. It was short-listed, which made me very happy. It may seem pathetic to be excited about not winning a prize, but I’d been wondering whether I’d lost the ability to write, so it was gratifying to receive some validation. Fired with enthusiasm I wrote another one for the Sunday Times short story award. I was pleased with it, but as this is a competition that’s only open to published writers and last year the long list read like a who’s who of the great and the good of contemporary fiction in English, my chances could best be described as slim. I probably didn’t help matters by deciding to deliver my entry by hand to the Book Trust and bursting in through what turned out to be the back door, to find myself at the top of the basement stairs looking down at three bemused women who had buzzed me in on the assumption that I was a courier, and not a somewhat dishevelled middle-aged author.

Now that’s out of the way I should be trying to make some progress with the next novel before Christmas madness envelops us; instead I’ve been having a clear out and sorting old toys and books to donate to school fairs. I’ve also finally started Wolf Hall, and with the amount of time I have to read it will probably take me until Christmas to finish it. As much of my reading is done on public transport, I’m beginning to see why most people favour paperbacks: it takes up so much space in my bag that I sometimes decide to leave it behind and buy a paper instead.

This is one of the reasons that my friend Sara has acquired a Kindle, something that provoked a great deal of debate in our writers’ group. Although she has no intention of giving up on bound books – and indeed had a beautifully illustrated paperback with her when we met – she intends to use it when she travels and needs to take several books with her. Rationally, I can see the wisdom of this, but my attachment to books is so great that I’d even miss the ritual of trying to stuff as many as I can down the sides of suitcases – not to mention opening a volume and finding that the pages have been distorted by water and there are still grains of sand lodged in the spine, reminding me of first reading them on a beach or beside a pool. Of course it would make life a whole lot easier if the thousands of books we possess as a family could be captured in one small electronic device – but then they wouldn’t be captured, would they? The words would be there, but not the cover illustrations, the stains on the pages, the notes scribbled in the margins, the old bus tickets used as bookmarks.

One of my greatest pleasures is searching the shelves of charity shops for bargains (I know some writers think there should be some kind of royalty payment for the resale of books, but I don’t understand the logic of that), and I like to lend out books, which isn’t yet possible with the electronic versions. Most of all, though, it’s the sense of ownership that’s lacking: it’s not my precious unless I can turn the volume over in my hands and fan its pages. Once when I was going on holiday I hid my building society pass-book on the shelves; being heavily pregnant, by the time I returned I’d forgotten which book it was in and had to request a new one. 7 years later, following a conversation with a pregnant friend who had concealed and then lost some cash in the same way, I went back home, took down a volume, and there was the pass-book. What had I used as a hiding place? Freud’s The Interpretation of Dreams. Now you couldn’t do that with a Kindle. 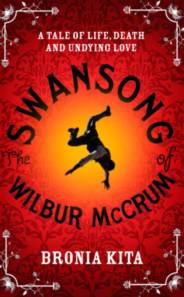